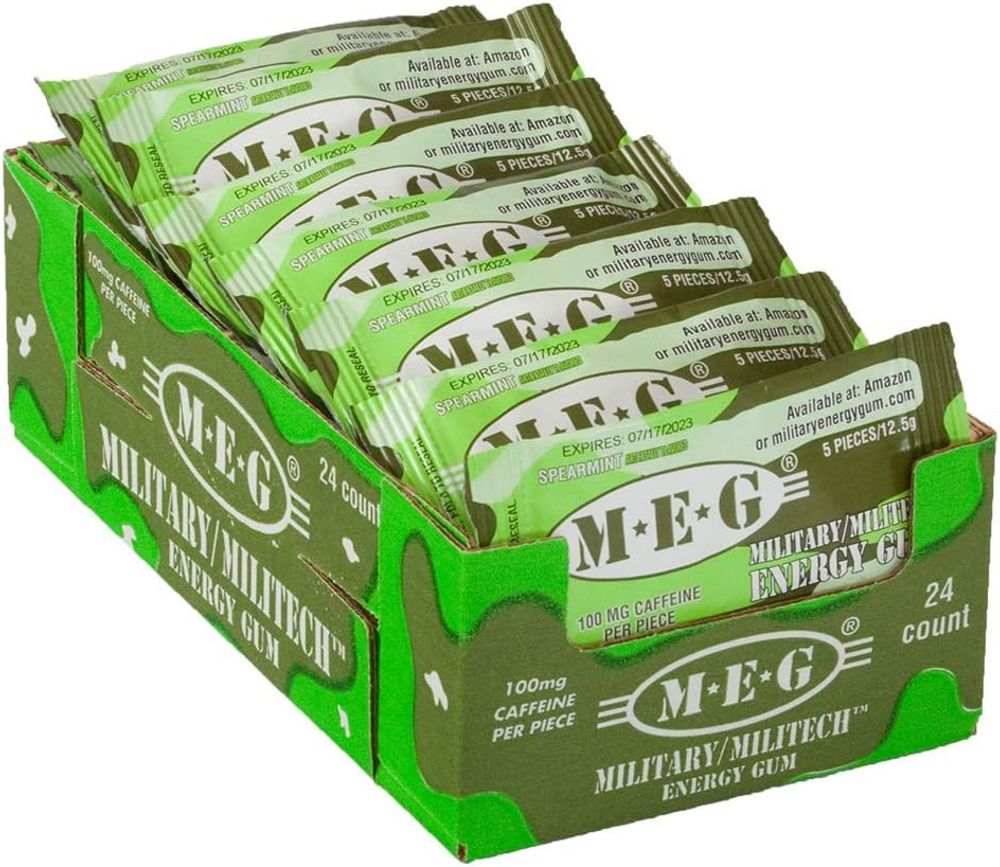 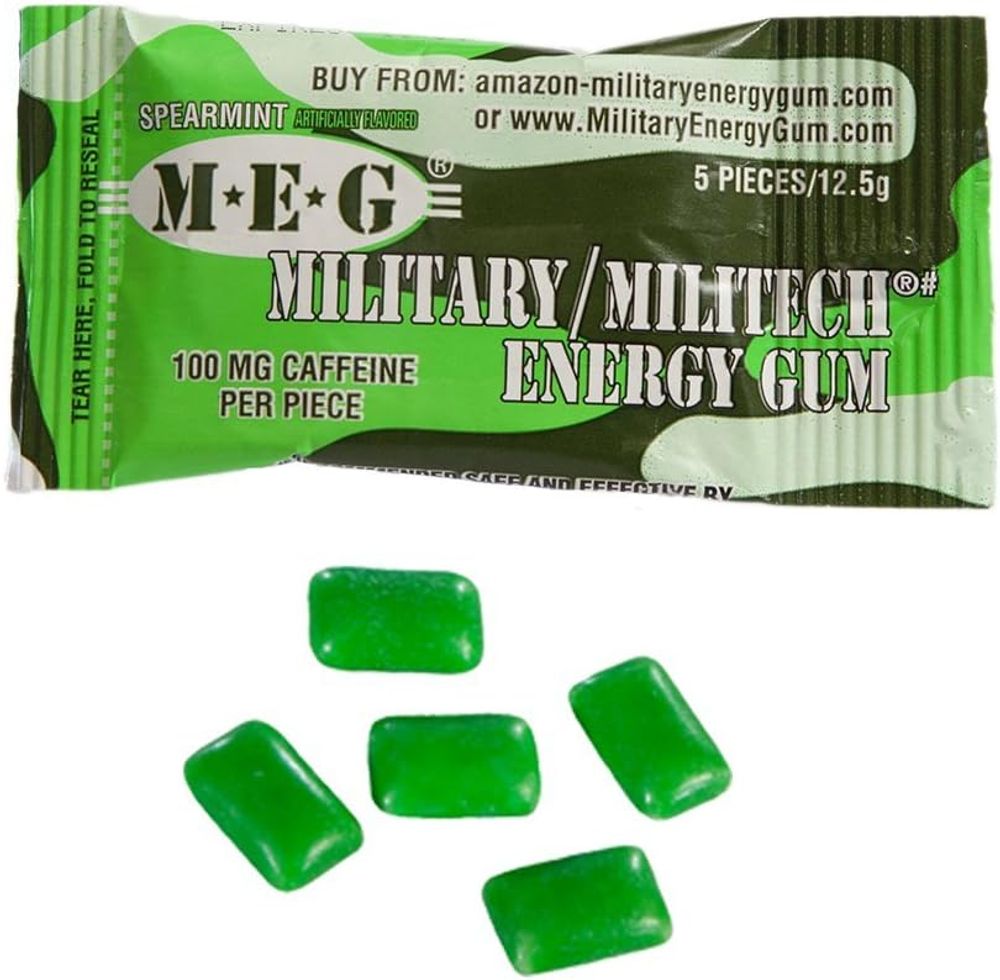 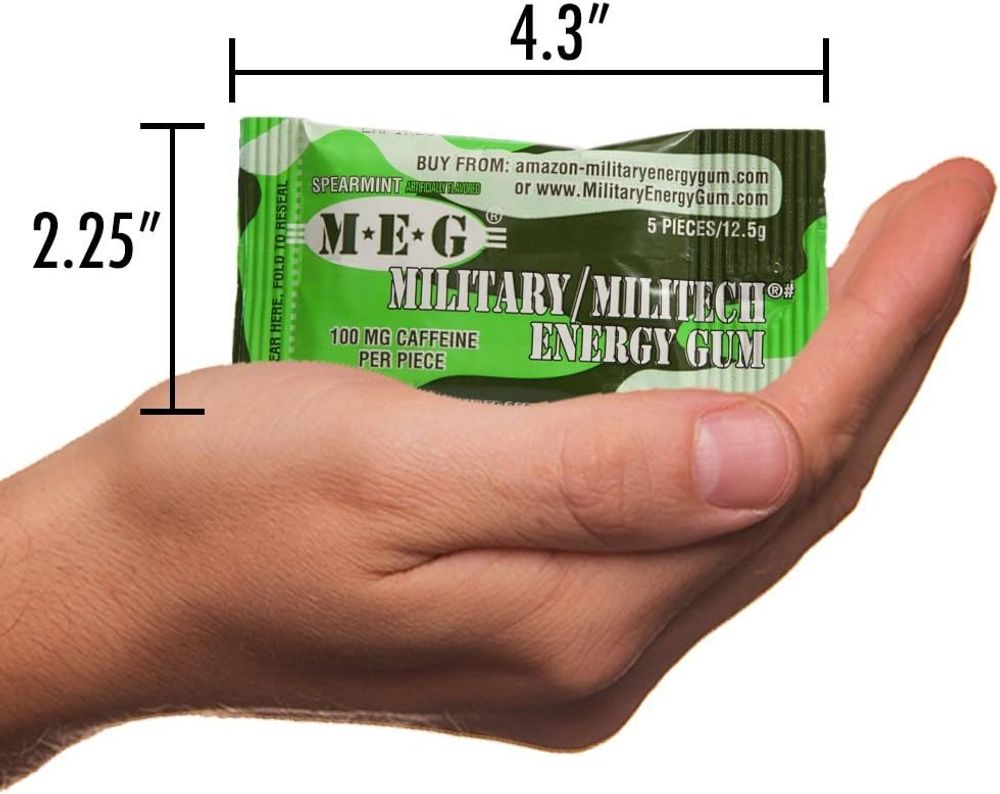 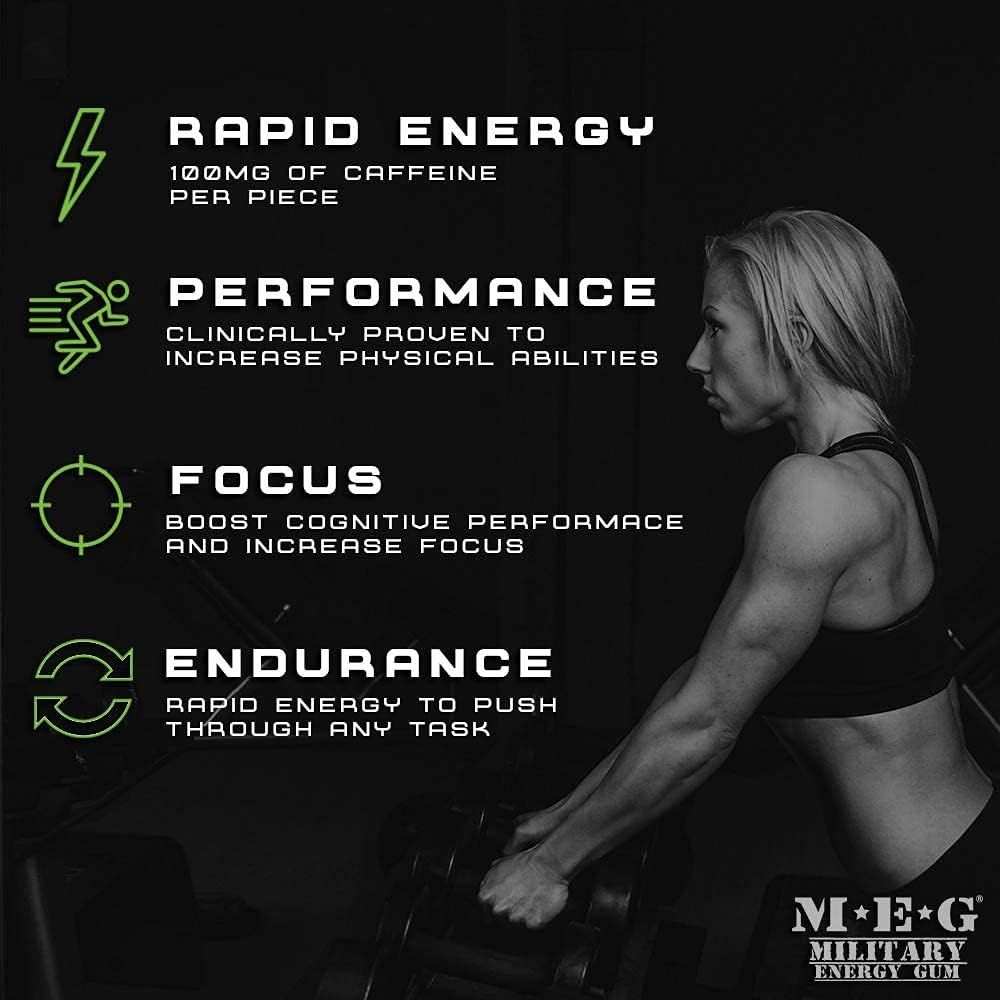 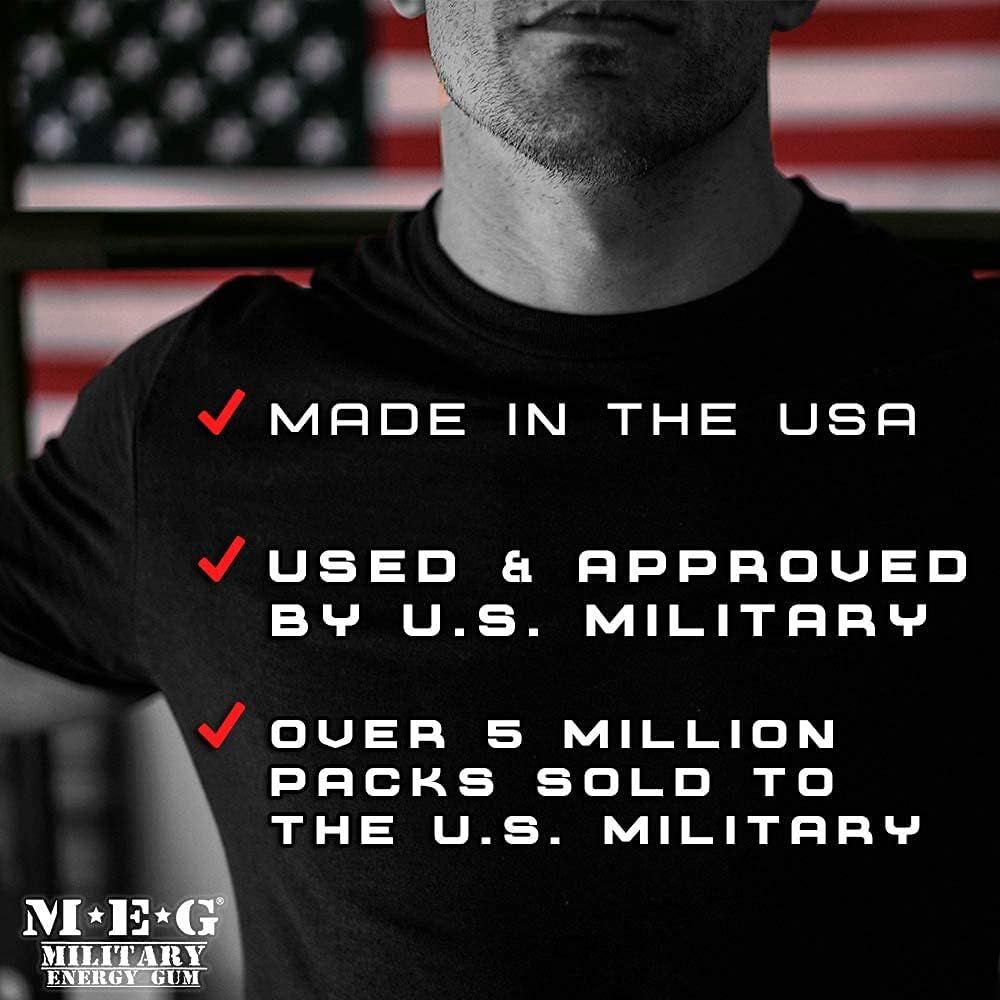 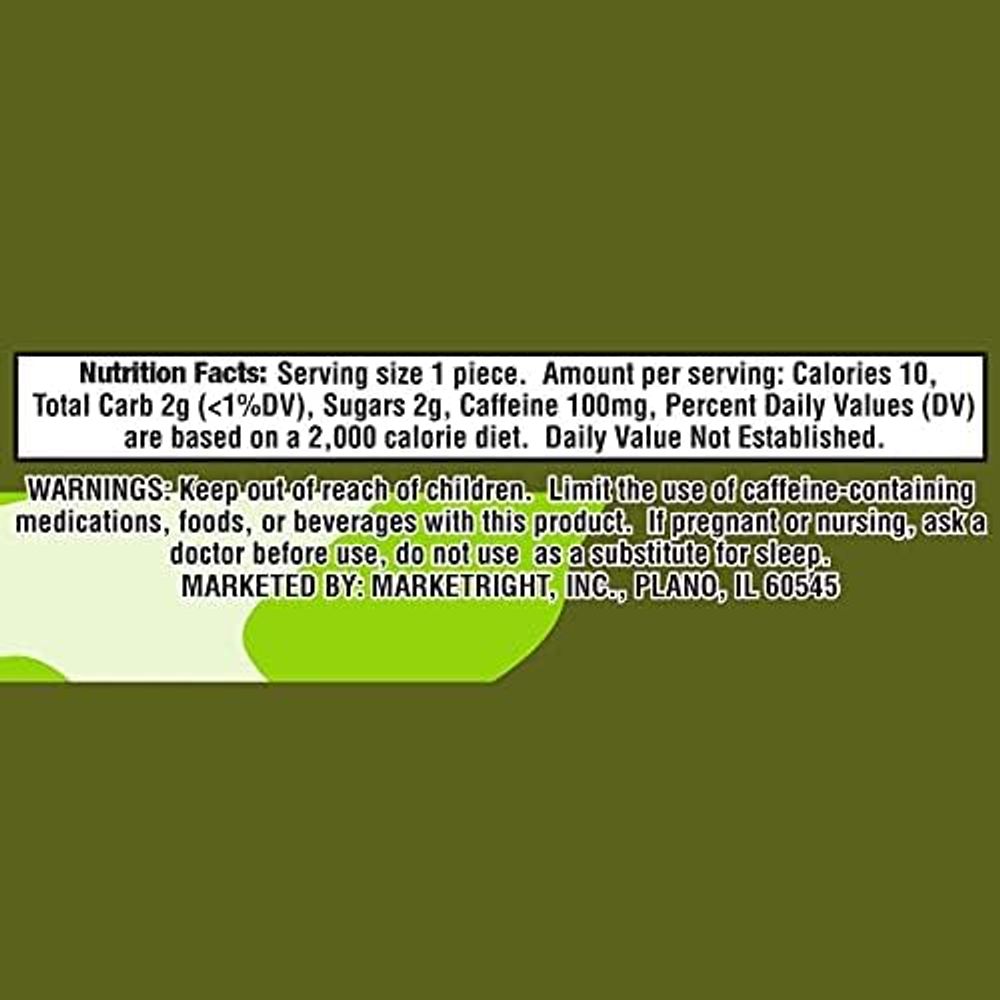 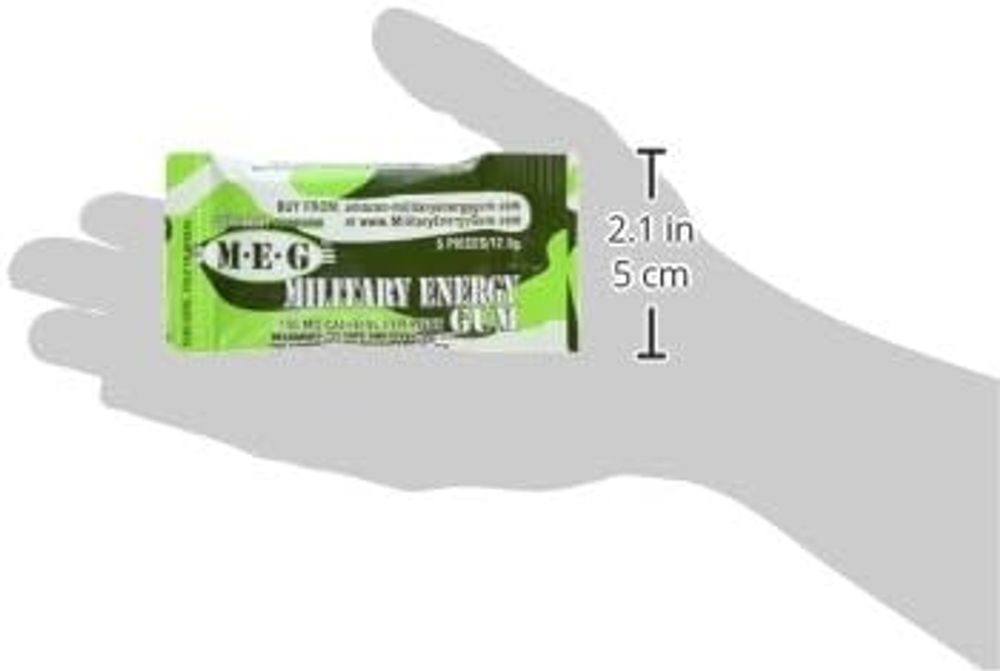 MEG provides a rapid absorption of caffeine through the oral membrane in the mouth, while also being lightweight, compact, and convenient. It’s been proven over the years, through multiple clinical studies, that MEG aids alertness in situations involving fatigue.

Rapid Energy When You Need It Most!

Military Energy Gum takes pride in the relationship that we share with our customers & the MEG community with our rapid convenient energy gum. We strive to provide the highest quality of product & service as we ship and serve thousands of customers across the world. Our mission is to serve to keep you alert when there’s no time to waste!

Gum You Can Trust

Each piece of military caffeine gum contains 100 mg of caffeine, which is about the amount found in a six-ounce cup of coffee.

One sleep researcher contemplated and expanded on the concept of delivering caffeine through gum in 1998, and one year later Congress funded the first study in this area of inquiry. When the study validated how fast the caffeine was absorbed in the body, the U.S. Army Medical Research and Materiel Command began developing and testing Military Energy Gum for use in sustained or continuous military operations when soldiers typically don’t get enough sleep.

This technology has since been applied to other kinds of professions that entail reduced hours of sleep such as night shifts, emergency service personnel, semi-truck drivers, and many more that continue to appear today. Because of the increase in opportunities such as these, we know how important it is to have a reliable source of caffeine, and we work to maintain that trust with multiple clinical trials.

When to Use MEG