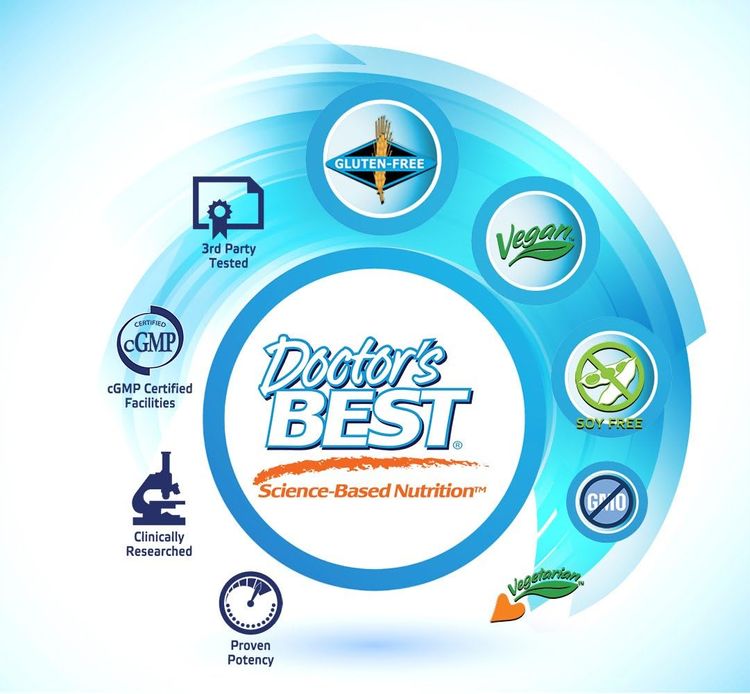 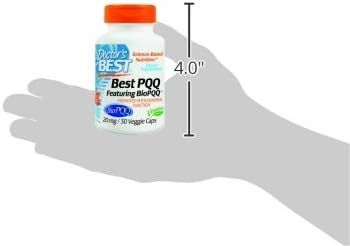 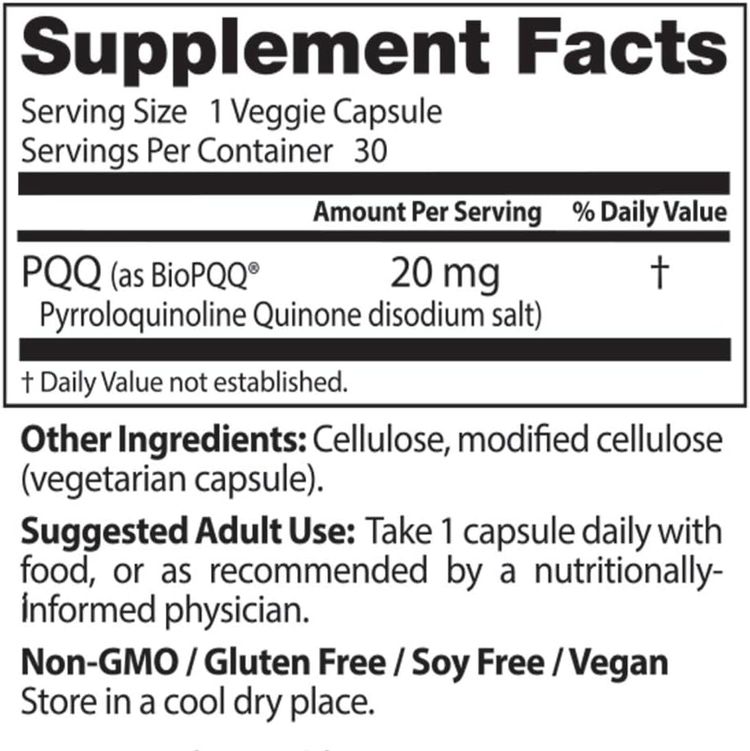 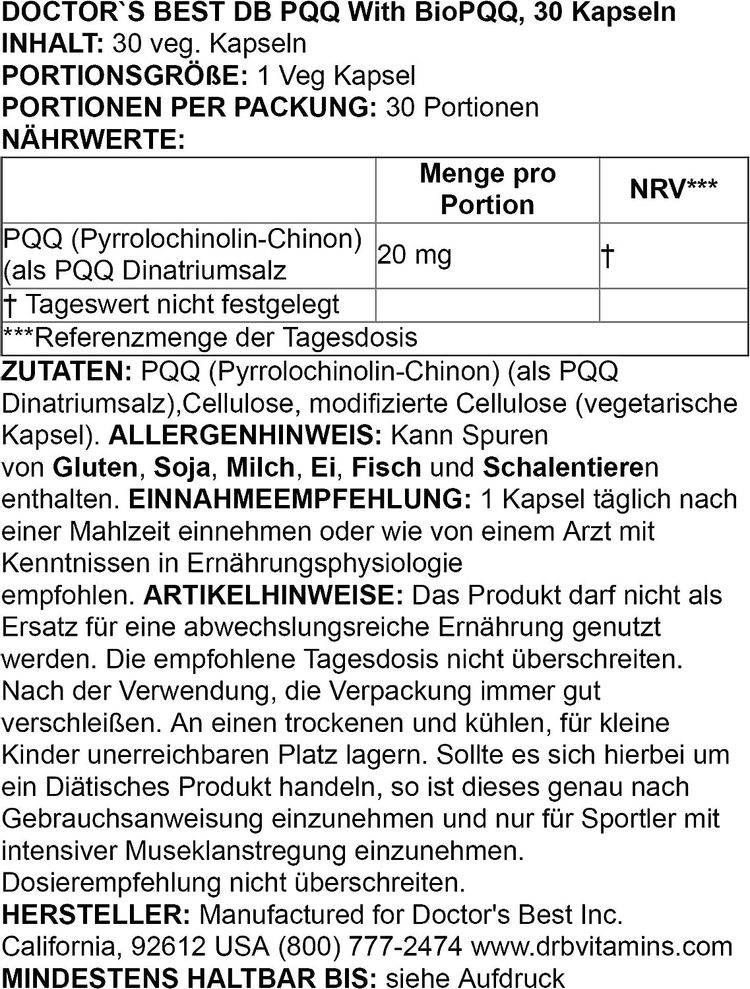 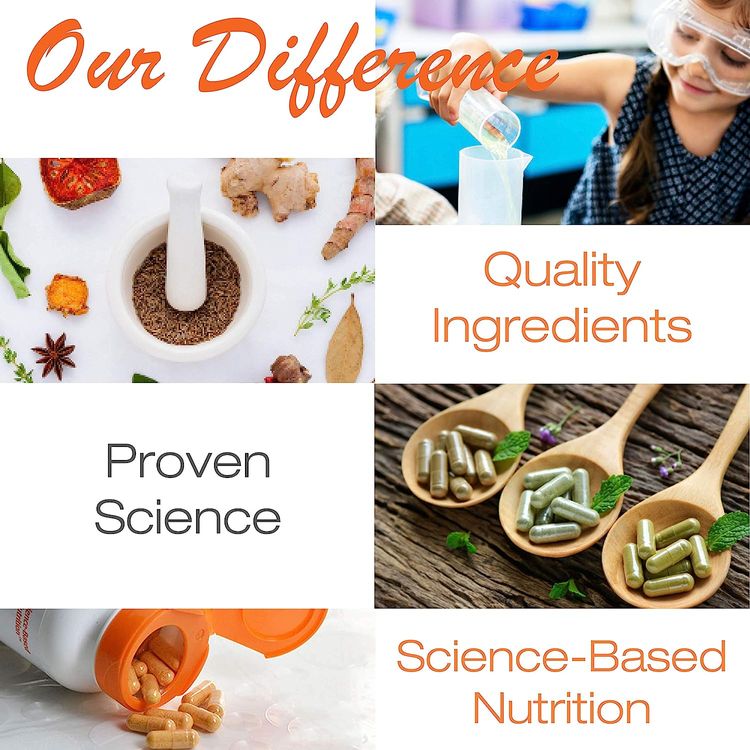 *These statements have not been evaluated by the Food and Drug Administration. This product in not intended to diagnose, treat, cure or prevent any disease.

PQQ also stimulates the growth of new mitochondria even in aging cells. Mitrochondria are the cell’s power producers, generating about 90% of the energy for physical and mental functions.*

What is Doctor’s Best PQQ with BioPQQ?

Doctor’s Best PQQ with BioPQQ promotes mitochondrial biogenesis and survival and energy production.* BioPQQ contains pyyroloquinoline quinone, a polyphenol nutrient that is an antioxidant and cell regulator. The PQQ molecule is found in common foods and human milk. PQQ promotes mitochondrial survival, proliferation, and function. It has roles in antioxidant protection and as an essential cofactor for a variety of enzymes.

How does it work?

PQQ has important properties in cell signaling and as an antioxidant.* PQQ’s chemical stability allows it to be capable of carrying out multiple redox catalytic cycles. PQQ is involved in cell signaling for cell proliferation, mitochondriogenesis, and oxidative metabolism. PQQ’s capacity for “redox cycling” is likely the foundation for its unique actions in living systems. PQQ is a biochemical growth factor for mitochondria, the power plants within our cells that generate over 90 percent of our body’s energy. PQQ promotes mitochondrial survival, proliferation, and energy-generating performance.* Beyond its mitochondrial effects, PQQ also regulates cell development, cell signaling, even gene functions. PQQ has been shown to prevent oxidative stress, mitochondrial dysfunction and cell death in cardiac muscle cells.*